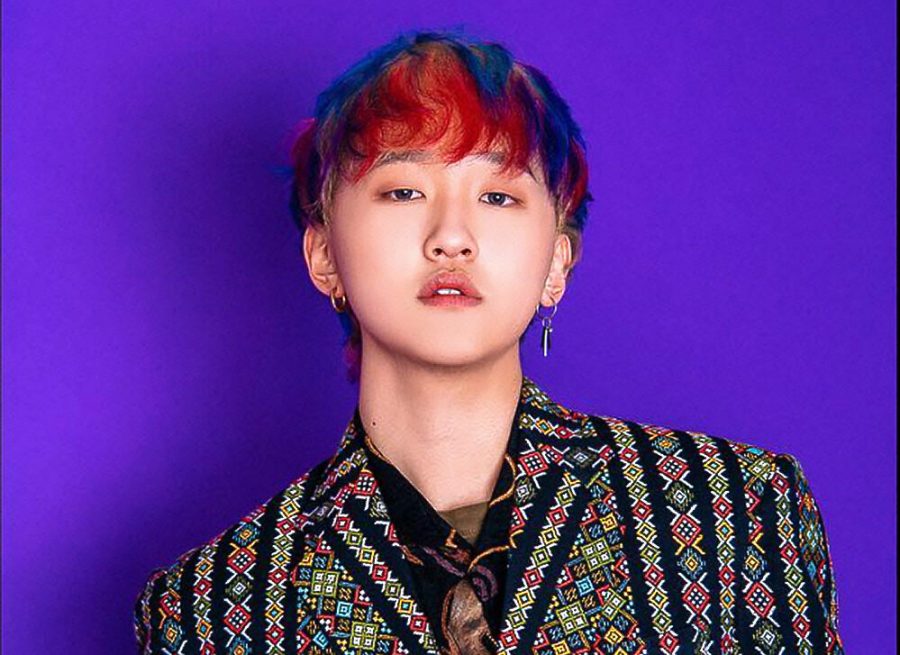 AQUINAS, whose real name is Kang Min-soo, is a South Korean independent rapper and songwriter, who was born on January 13, 2001. He made his official debut on May 2, 2020, with the single “Oh!”. He was a contestant on the Korean TV show High School Rapper in 2019, where he came in second place. In 2016, he competed in the rap competition show Show Me the Money.

On July 13, 2021, Aquinas revealed that he is bisexual. Although same-sex relationships are not generally criminalized, acceptance of LGBT+ people remains low in South Korea. He chose Instagram to announce his sexuality, posting a stylized rainbow flag with the words “I’m bisexual” written in English and Korean. Thousands of fans have shown their support for the rapper in response to the rapper’s modest yet effective coming out message. One fan stated that they are “very proud” of Aquinas, while another stated that they will “always be on your side.”

In another post, he wrote an upbeat message in both English and Korean, claiming that he “can’t imagine how difficult it must have been for those who came out about [being] LGBTQ+,” promising to “try his best to help them” and that everyone deserves to be loved. He was worried about the possible consequences for his family, who were already aware of his sexuality. Aquinas is especially concerned about his younger brother, a high school student.

Homosexuality in South Korea is not specifically mentioned in either the South Korean Constitution or in the Civil Penal Code. Article 31 of the National Human Rights Commission Act states that “no individual is to be discriminated against on the basis of his or her sexual orientation”. However, Article 92 of the Military Penal Code, which is currently under a legal challenge, singles out sexual relations between members of the same sex as “sexual harassment”, punishable by a maximum of one year in prison.