10 Holiday Movies to enjoy during the break 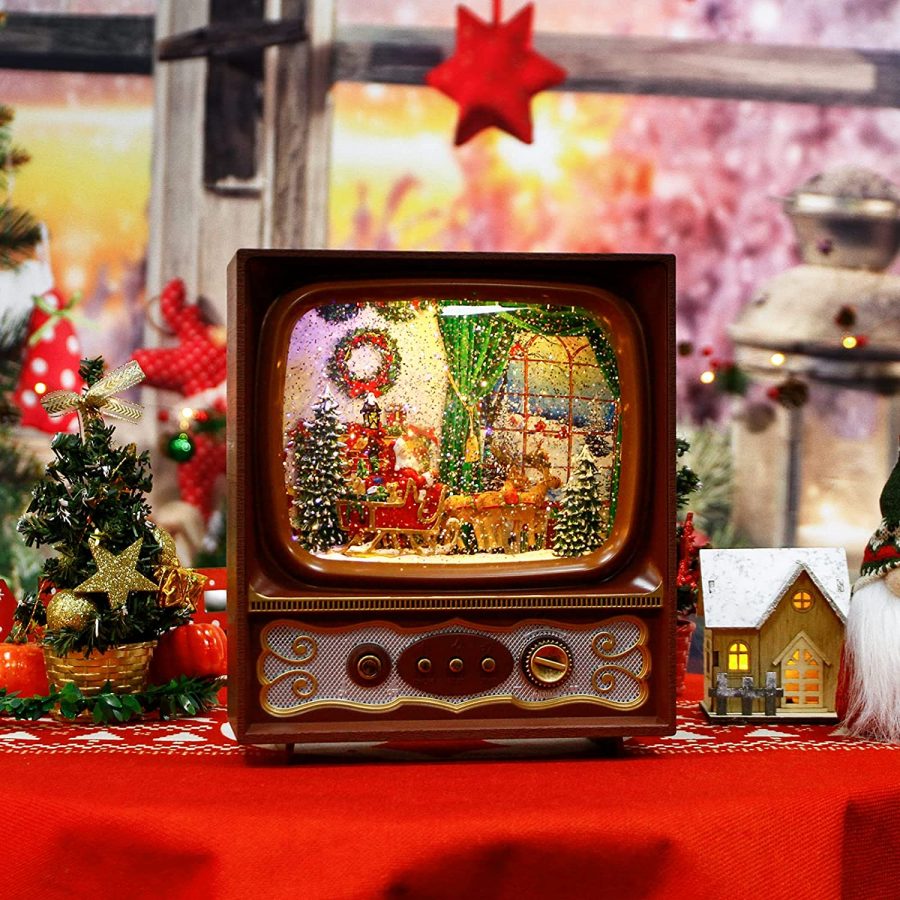 During the holidays, movies are great to enjoy with your family or to binge watch by yourself.  With so many holiday movies out there, The Cardinal has picked 10 movies to consider for your holiday enjoyment!

#1 Jingle All the Way(PG)-  A father trying his best to be a decent father for his kid. He vows to get his son the new popular action figure, Turbo Man, for Christmas. However, he forgot to get the action figure and goes on the last day and must travel all over town and compete with everybody else who are looking for the same toy.

#2 Daddy’s Home 2(PG-13)- Comedy- family movie to enjoy with your friends and family, starring Will Ferrell and Mark Wahlberg, Both fathers join in to make the Christmastime perfect for the children. However, their fathers join as well and now it’s a four man job to make Christmas perfect.

#3 Why Him?(Rated-R)-  Comedy- Romance movie during the Holidays, where an overprotective father visits his daughter at Stanford University. While spending time with his daughter, he gets to meet her socially awkward influencer boyfriend, played by James Franco. The eager- to- please young man hopes to become his son-in-law. I thought it was a fabulous Christmas comedy. I love how the boyfriend and the father are fighting like kids.

#4 Office Christmas Party(Rated-R) – If you like Jennifer Aniston, you won’t like her here. She is the CEO of a company and is trying to close her hard-partying brother’s branch. The brother played by T.J. Miller must host the most epic Christmas party with his close friend, Jason Bateman. This is another comedy movie starring T.J. Miller and his humor is one of the best, and it made me laugh throughout the movie.

#5 Dr. Seuss’ How The Grinch Stole Christmas(PG)- Dr. Seuss’ How The Grinch Stole Christmas is a classic christmas movie starring Jim Carrey as the Grinch, a grouchy, solitary creature who absolutely hates Christmas. To show his hate towards Christmas, he plans to take the holiday away from his hometown, Whoville. When he succe his mission, a girl makes him realize that Christmas is not all about money and presents.

#6 Home Alone(PG)- Another classic movie  would be Home Alone, everyone has watched this 1990 American comedy film where it follows an eight year old Kevin McCallister, who is mistakenly left behind when his family flies to Paris for their Christmas vacation. Kevin is now home alone on the holiday, but soon has to contend with two burglars.

#7 Elf(PG)- Elf is that movie you watch when you don’t feel like watching more traditional Christmas classic movies like Frosty the Snowman. You can watch Elf instead, a 30 year old man wearing yellow tights. Buddy, played by WIll Ferrell, is raised by Santa’s Elves as a toddler. Who is later told that was adopted and that his father lives in New York, he seeks to find his father and sets on a journey.

#8 Krampus(PG-13)-  Kampus is a film that has many factors to enjoy between  scary monsters and comedy. It starts with a family that does not get along with each other and one of the characters, Max, was pushed to the limit and summons Krampus because he has lost his Christmas spirit. In this comedy film, there is good character development by putting the characters in dangerous situations and the family starts to get along with each other.

#9 Jack Frost(PG)-  I loved his movie as a kid. This film is equally emotional as it is funny, one minute I’m crying the next I’m laughing. Michael Keaton is Jack Frost, a father who loves his son but is soon taken away during a blizzard on Christmas Eve. However, one day his son plays a “magic harmonica” bringing Jack back to life in the form of a snowman. This movie really shows the reality that Christmas is not always a wonderful Christmas.

#10 Noelle(G)- Noelle is a light-hearted yet cheesy Christmas movie that you can watch with your family. Wholesome family flick with a wonderful message at the end by making the audience redefine their moments which brings happiness and getting to understand others.